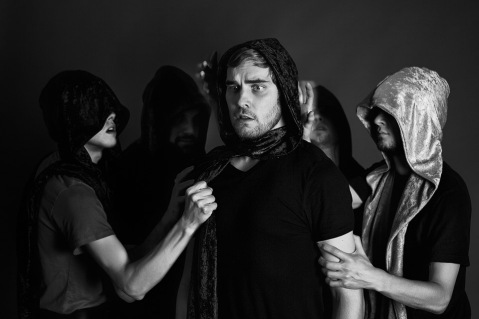 What does getting the encore mean?  In terms of audience, not a lot.  Attendance at the final slot has, for the most part, been traditionally low.  Certainly there are exceptions but most shows play for a small house in that 8:30 Sunday slot.

It’s more about bragging rights.  Every time you do a show at the Fringe, you get to say you had an encore.  Even if you never have one again.

Getting the encore is difficult.  You need to put together a good show.  You need to generate good buzz.  And you need to sell more tickets than three or four other shows in your venue that are at least as good as yours.

Tonight, encore performances will be announced.  One of them might be mine.  But I doubt it because it is one of three shows that have been doing well in our venue. It’s the only thing at the festival that smacks of competition but it is a friendly one since I’d be genuinely pleased to see any of us in that final slot.

So I guess what I’m saying is this: If you are Fringing, go see an encore performance on Sunday night.  Whoever got that final slot worked hard to earn it.

As the Festival reaches the final weekend, I have spent more time playing Fringe Roulette and simply checking out what is nearby.  Sometimes, that has paid off beautifully.  Other times, not so much.  My Friday night, however, was almost all positive.

I know a lot of people involved in this production and the idea of “Watershed Down” crossed with 80’s Action films was right up my alley.  I mean, rabbits and machine guns?  What could go wrong?

Ultimately, what went wrong was a startling lack of rabbits.  When you say you are going to do a show inspired by “Watership Down,” I expect a lot more “Watership Down.”  Aside from a few rabbit puns and a tunnel reference or two, I didn’t see a lot of bunnies.

The show was also pretty manic and lacked focus.  I feel like a lot of that look was intentional but it didn’t feel intentional.  It felt out of control and it made a lot of bizarre choices that only served to confuse the proceedings.

This show is almost an exact copy of The Shop Around the Corner, which you should watch sometime.  If you’ve seen it already (or You’ve Got Mail), the plot holds no surprises.

That shouldn’t matter, though, because the production is still top notch.  The acting, staging, and writing are all really top notch and while the whole thing is a fairly basic romantic comedy, it is a really good romantic comedy.

They especially did a good job of staging the show in the round, which is no small feat given the number of actors in the performance.

There was a dance in the middle of the show that was, I thought, little more than filler and that served to accent an emotional moment that had not been at all unclear.  It was a fine dance but it felt out of place. Other than that, It was a lovely experience.

True Science Fiction is hard to do at the Fringe and I thought this show did a remarkably good job making it work.  The script was tight and thoughtful and there were some useful costume choices that helped to identify factions, such as they were.  There were also some really nice props that added to the otherworldly setting.

I think the show was too short.  It ran only 35 minutes and by the end, there were more questions than answers.  Certainly, this was intentional but at the same time, a few more answers could have been given while still keeping the conclusion ambiguous.  One was left with the idea that answers were only moments away but we weren’t going to get them.

A few of the actors really needed work on their projection because the tension of the script was not always reflected in their line readings.

The reason I complain about both of those problems, however, is simply because the show was quite good and I wanted more.

First off, these guys are really smart.  Each performance builds off the one that came before so it encourages audiences to come more than once.

If the show wasn’t any good, that wouldn’t matter.  The show is, actually, fantastic.  These are some very good long form improvisors working in a structure they completely understand.  Some of the best comedic moments come when they attempt to perform an action and the dice score a miss.

And I mean yeah, this is improv.  Sometimes things don’t work.  That sure didn’t happen very often, though.  Any slow scene was quickly wiped away and replaced by something better.  Obviously this group has been performing together for a while and the result is a show that looks more polished than it actually is.

This show is a little rough around the edges and predictable but I still liked it.  The music was fun and the lead was quite good.  While it is not a game changing production, it did exactly what it set out to do.

That may all sound like damnation by faint praise but there are a lot of shows at the Fringe that don’t have any kind of pretense going in.  They are not striving to be anything greater than what they are.  This show is a trifling little musical by a bunch of people who aren’t out to earn encores or a pile of five star audience reviews.

There are tons of shows that have a lot more ambition and a lot less heart.