We Lost Robin Williams and Lauren Bacall in One Week

I’m very sad to think that both these amazing artists are gone.

I’m just wondering why anyone would use this opportunity to abuse Williams’ daughter online.  I mean, what the fuck is wrong with you?

In the meantime, others are using Williams’ death to call attention to depression or addiction or to say that suicide is selfish and look, I don’ t know.  I’ve never been depressed so I have no idea what kind of despair would lead to making that choice.  I can’t imagine ever making it myself. 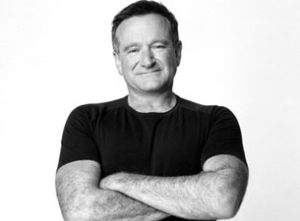 Thing is, I didn’t live inside his head.  I don’t know what brought him to that incredibly dark place where the only conceivable decision was to end it all.

So let’s leave it be and say goodbye.  You were awesome, Robin.  I’m sorry whatever demons haunted you finally won.

Losing Bacall in the same week just pours salt on the wound.

Did someone wake up this week and say “I’m going to fuck up my town as much as humanly possible?”

First we have a young black man shot dead in what can only be described as suspicious circumstances.  That’s bad enough.  Then things got out of hand.

I realize that what is happening now is chaos and nobody really knows exactly what is going on.

I’ll tell you one thing, though, there was a time when someone could have stopped all of this.  I don’t know who that person was but I think the cop who shot that kid shares some responsibility.

I don’t think the police are the enemy.  I believe most cops are trying to do their job well and while there are bad cops, most of them are not the problem.

I don’t know what happened that night.  I do know that a kid is dead and the eyewitness accounts suggest that he probably shouldn’t be.

What he said is ignorant and every bit as judgmental as an atheist who paints every Christian with the same brush.  Has he spent any time at all talking to an atheist?  Probably not.

What bugs me more is what one of the hosts said about being in the room with an atheist:

Every time I’m around, if I’m ever around an atheist, I think I’m gonna get hit by lightning or something. I just don’t even want to be in the room with them.

So have there been a large number of people struck by lightning because they have been standing too close to atheists?  For that matter, are there a lot of atheists being struck by lighting?  Because unless there has been a rash of atheist generated lightning strikes, that statement sure sounds like bigotry. Just replace the word “atheist” with “black” or “homosexual.” 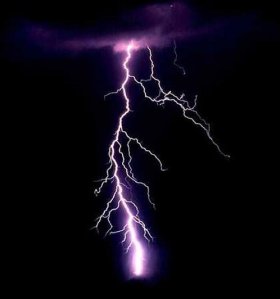 God tries to strike me with lightning all the time. I can’t figure out why he keeps missing.

I’ve got news for you, Shaun Robinson, atheists are in the same room with you all the time.  In fact, there is a decent chance there was an atheist in the room with you when you were taping that segment.

I mean holy shit.  I’m an atheist and I’m in the room with religious people all the time.  Even if it bothered me (and it doesn’t), I would never say that I don’t want to be in the room with them.

Because I’m not an asshole.

Well, OK, I am an asshole.  Just not that kind of asshole.

Iran is Set to Ban Vasectomies

Ultimately the problem here isn’t Islam, it is the fact Iran is essentially a Theocracy.

If folks like Kevin Sorbo and Shaun Robinson want to know why atheists (and theists) are fighting so hard to keep manger scenes off of public land, it is because rule by the dominant religion is a bad thing.

The problem isn’t Christianity or Islam or Judaism.  Or any other -ism.  The problem is the inherent inequality that is set up when one religious belief is used to control the population.  I have as much of a problem with the idea of America as a “Christian nation” as I do with the idea of Iran as a “Muslim nation.”

At least I can get elective surgery to stave off the creation of more children that I don’t want and can’t afford.

That is reason enough to keep fighting against displaying the ten commandments in courthouses.

….that and the fact that many of those commandments are unconstitutional.

Same-sex marriage has been on a bit of a winning streak of late so it’s only natural someone would slam on the brakes eventually.  While I have no doubt we’ll get there, I know we have long road to walk.

The judge in this case (Russel E. Simmons seems to have read a lot of the National Organization for Marriage literature as his reasoning was as follows: Marriage simply cannot be divorced from its traditional procreative purposes. … The promotion of family continuity and stability is certainly a legitimate state interest.”

Am I being to hard on the guy? Maybe he just hates rainbows.

So if the primary purpose of marriage is procreation, we need to make sure that every couple who choses not to have children is told they can’t marry.  Since men are fertile longer than women, they need to divorce and remarry as soon as their wife is no longer capable of producing offspring.

He also fails to indicate how a same-sex household would not be able to provide “continuity and stability.”

Ooo! And are we going to start forcing single parents to marry since their failure to raise a child with another adult is not in the interests of the state?

Interests of the state.

That is such complete bullshit.