Jon Standard is a Utah politician who, like a lot of other Utah Politicians, is a Mormon and a Republican. He believes that “traditional” marriage should be between one man and one woman (but that’s only because the Mormon church no longer encourages bigamy) and recently helped pass tougher laws for people who solicit prostitutes.

He was forced to resign last week because he solicited a prostitute. He claims it is because his father has cancer and I feel very bad for his father because this jackass is using someone else’s terminal disease as an excuse.

John Wayne had cancer. Maybe he should have stepped down because of John Wayne’s cancer.

I mean, she says he hired her to do a job and she did it so I’m feeling like she’s pretty reliable, you know?

Oh, and he may have used taxpayer funds to pay for the hotel where he hooked up with her. Smaller government!

END_OF_DOCUMENT_TOKEN_TO_BE_REPLACED

In the video (which is complete bullshit and anyone who watches it and sympathizes with the filmmakers can just fuck the hell right off), a couple of guys trick a girl to prove that when she claims she has a boyfriend, she doesn’t actually have a boyfriend.  What a bitch, amirite?

No.  She’s just not interested. But she’s probably learned that if she says “I’m not interested,” the answer could likely be “why not?” 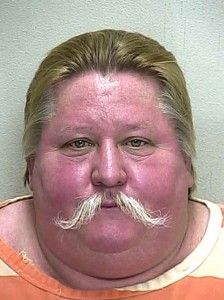 Seriously, college aged girl, what is it about me you find unattractive?

At that point, she has to lie and come up with some nice way to tell the guy he seems kind of sleazy and makes her feel unsafe or she can tell him the truth.  She’ll probably lie because when most of us are confronted with the choice of telling someone they are a sleaze or telling them something slightly nicer, we’ll go the nicer route.

Also, she’s probably learned that if she tells him that he is sleazy and makes her feel unsafe, he could ask her why she thinks that and then call her a “cunt” or a “bitch” or “frigid” and say she deserves to get raped.

Here’s the sad part, though, for the girl in this video, no answer is OK.  If she says he’s kind of sleazy (because he is) and she isn’t interested, she’s a bitch.  If she lies to be nice or just to avoid a more unpleasant conversation that she doesn’t want to have because fuck him she’s trying to study and he should have just left her the fuck alone, she’s still a bitch because she lied!

END_OF_DOCUMENT_TOKEN_TO_BE_REPLACED

What everyone is trying to do is come to grips with something that makes no sense.  Who would kill twenty children deliberately?  How could anyone do that?  We don’t understand and we want to find something that will create a just universe where these things will never happen again.