Two Black Men Kicked out of Starbucks for Being Black – White People Don’t Understand What the Big Deal is.

I will note this story actually happened late last week and a lot has happened since then. But in case you somehow missed it, let me sum up.

Two men entered a Starbucks in Philadelphia last week. They did not immediately order because they were waiting for a colleague. One of them asked to use the bathroom and was told the bathroom was for customers. They were then asked to leave. They refused because they were waiting for a colleague before they ordered. The police were called and they were arrested for trespassing. Which, I guess, they technically were.

But who cares? White people go into Starbucks all the time and nobody calls the cops when they want to use the bathroom before ordering.

Starbucks has responded better than most companies. Their CEO has apologized to the two men and on the 29th of April, every Starbucks will close for racial sensitivity training.

And white people are pissed. What are they supposed to do for their coffee? 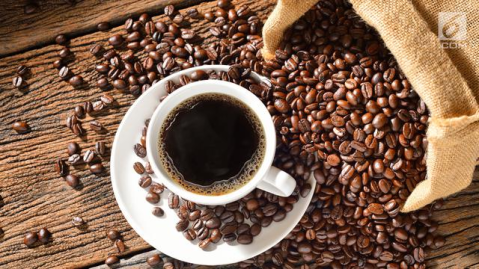 Maybe you could just make our own fucking coffee for one, you lazy assholes.

Now one day of sensitivity training doesn’t erase the problem. As the article linked above points out, black people aren’t surprised by this story. They deal with this kind of thing every day of their lives.

So let’s hope Starbucks doesn’t check a social justice box and assume everything is OK. Because it isn’t.

So just in case you thought “this is crazy – black people don’t experience discrimination all the time” – LA Fitness managed to provide another example less than a week after Starbucks!

Two black men were working out at an LA Fitness in New Jersey. One was a member and the other had signed up for a four day guest membership. As the worked out, they were approached multiple times to prove they had a right to be there.

It may surprise the reader to know that nobody else in the gym was approached at all.

This is why the term post-racist society needs to be challenged any time someone says it. Because they don’t know what the fuck they are talking about.

I unfriended someone over this one. Not so much because I didn’t agree with her (I didn’t) but because when it was pointed out the meme was racist and just plain wrong, she angrily stated that she should be able to post whatever she wanted on her wall without facing criticism.

And look – fuck that. If you read my blog and disagree with me, I understand that means you might decide to tell me so. That’s the risk I take for having an opinion. And the risk you take for sharing a bullshit racist meme like this one. 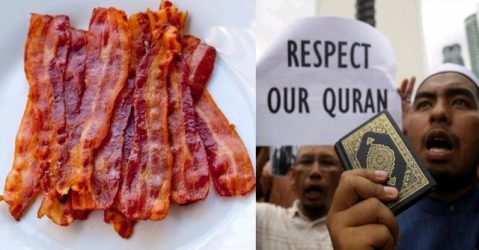 The caption was something to the effect of “Muslims want to ban bacon – share if you want your bacon” or some bullshit like that.

The meme was actually a video, which is an annoying thing a lot of memes do right now. It’s just a picture but there’s some background music to make things sound super dangerous. Just think – those fucked up Muslims want to ban bacon!

Except they don’t. I mean, there is literally no movement in America to ban bacon because Islam dictates Muslims can’t eat pork. They just don’t eat pork. A lot like Orthodox Jews.

This meme is more racist than most because on one side you have delicious delicious bacon and on the other side you have a bunch of angry brown people. Obviously, they are pissed at the bacon. They want to take our bacon away! Breakfast will forever be ruined.

The meme preys on fears that Muslims want to turn America into an Islamic state. It’s ironic that the people most afraid of this possibility are the ones who claim we are a Christian state. I guess a Theocracy is fine as long as you agree with the religion in control.

Barbara Bush died this week. You probably knew that.

As is typical, tributes have poured in from both sides of the aisle because she seemed to be a sweet old lady and almost everyone loved her. She wasn’t perfect. If you are politically liberal, she had a lot of opinions I’m pretty sure you wouldn’t like.

But thing is, saying you shouldn’t speak ill of the dead isn’t so much about the dead person as it is about the living.

So when Randa Jarrar, a professor at California State University Fresno, went on a tweet storm talking about how horrible Bush was, it was certainly disrespectful. But you know – free speech.

Where I get annoyed is when people got angry at her and she said “LOL – I can do anything I want because I have tenure.”

Because when you say stuff like that, you are basically inviting people to figure out a way to ensure it isn’t true.

The taunting, though, bugs me. It implies tenure allows a professor to be any kind of asshole they like. It doesn’t matter if I agree with them, I don’t care for that.

And seriously, can we all wait – you know – a day before we tell everyone how much we hate the latest famous (or not so famous) person who died?

Literally nobody is perfect. We will have years to categorize their every failing. But some people are hurting right now so maybe you can let them mourn for a little while before you remind them that the person who just died was just as fallible as the rest of us.

I propose this litmus test: are they worse than Donald Trump? If yes, then no waiting period required. If no, give it a day.

A Shameless Self Promotion

If you like my blog and live in Minnesota, a show I’m directing opens this week.

Pounded in the Tingle is an adaptation of the works of Chuck Tingle by my friend Sharon Stiteler. It’s a crazy, bizarre, and surprising sweet play about gay human/dinosaur sex.  Yes, you read that right.

And while it is satire and silly, we worked very hard to make it a positive depiction of homosexuality and sexuality in general.

More information here. If you are OK with something super offensive, I think you would enjoy it.