Shit that Pissed me off This Week 8/3

Climate Change Denier Releases Study that, in Effect, says “I was Wrong”

I know, why would this piss me (someone who has long accepted the Global Climate Change is happening and is largely caused by humans) off?

Because it won’t change anything.  No amount of data proving that climate change is happening will convince those who believe otherwise.

Not even when that data actually convinces a skeptical scientist.  Unless 100% of scientists agree on climate change, the deniers will always have someone on their side.  No matter that 97% (or more) of climatologists – the people whose field of expertise most closely focuses on climate change science – believe climate change is real and caused by humans.  If one climatologist says differently, we still have a “controversy.”

I don’t blog much about climate change science because I know a lot of deniers and they are smart people who, I believe, are completely wrong on this one topic.  My fear is the longer we argue, the more damage we are doing.  That is a fear shared by many scientists who know a lot more about this shit than me.

What is this – Shit that Pissed me off the 60’s flashback?  No, this happened about a week ago.  A black couple was told that a vocal minority had insisted that their church would not welcome a marriage of a black couple and they threatened to vote the pastor out of the church if he proceeded.

Maybe this is an isolated incident.  Maybe racism isn’t still a problem in our country – as so many wish to believe.

Not at OUR church you won’t!

Even if it is an isolated incident, though, I don’t get it.  I don’t get how you can claim to believe in god and claim that god provides you with a moral compass and then somehow think god is OK with discriminating against a couple based on their race.

If these people honestly believe morality comes from god, their god is a fucking asshole.

Because women having control over their reproductive health is, to some excessively crazy people, the equivalent of mass murder.

We all know that contraception is not abortion, right?  Are we so trapped in outdated sexual identities that we can’t see the difference?

Sex is required for procreation, yes.  However we use sex for recreation as well.  Why is a woman’s desire to have sex without the risk of getting pregnant something to be abhorred?

Speaking as a guy who likes to have sex, I have to say that I find it pretty enjoyable when the woman I’m with enjoys the act.

I’m going to step back for a moment to say no, I haven’t experienced sex with a woman who didn’t want to have it.  That or she did a great job faking it so thanks to her for that. 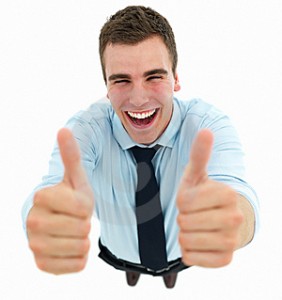 Thanks for faking orgasm to boost my self esteem, ladies!

Point is, sexual equality is actually pretty important and to compare it to 9/11 is not only insulting to the people who died that day (many of whom probably used birth control) but insulting to any woman who wishes to use birth control.

Of course he still maintains his innocence so he would be upset.

Thing is, he’s not innocent and there is a mountain of evidence indicating that Penn State did cover up his no-longer-alleged rape of a minor and…

Wait.  Who gives a shit what the fuck he thinks?  How about we check with his victims to see what they think about the sanctions?

How about the 24 hour news cycle find something – anything – else to write about.  Sandusky is going to jail and none of us should have to hear about his opinions about anything ever again.

Here’s the thing – I don’t get this.  What does this mean?  What moral standard should I be holding Obama to that is the equivalent of the Chick Fil-A situation?

Chick Fil-A has a corporate policy with which I disagree and I will choose to spend my money elsewhere as a result.  Do I expect them to change their policy?  No.  Would I like them to? Yes.

When it comes to gay marriage, Obama recently changed his position on the issue to one I already agree with so right there, I fell he’s doing better than Chick Fil-A.

However, this November I will have the opportunity to vote for someone else if I’m not happy with Obama.  That, to me, is the equivalent of taking my business somewhere else.

So…um….I don’t think I hold  Chick Fil-A to a higher standard than my President.  Truth be told, I can’t be sure because I have no idea how good a cook Obama might be. I’m going to make a guess, though, that he could make a better chicken sandwich than Chick Fil-A.

Because I can make a better chicken Sandwich than Chick Fil-A.

Speaking of our President, Crazy Members of the House of Representatives Still think He Wasn’t Born in America

Steve King is from Iowa.  He’s a member of the House of Representatives which, as you may recall, is one of the three branches of our government charged with making rational decisions about all sorts of important stuff.

So does it worry anyone that this dude thinks it is possible that Obama’s parents telegraphed his birth announcement from Kenya?

For what purpose?  So that many years later Americans would be fooled into electing a Kenyan to the white house?

Yes! Everything is proceeding exactly as I had foreseen!

Why would his parents have done that?  If Obama had been born in Kenya, I’ll bet nobody would have been trying to hide it all these years.

Do you honestly think a mixed race couple in 1961 would be able to confidently predict their son was likely to be a candidate for public office someday?  I would think that the social climate in the early 60’s would lead them to conclude the exact opposite.

How about for a graduation requirement we make kids take at least one semester of logic????

Ok, the only thing that bugs me about their coverage is their “social media expert” who shares things like Tweets by Steve Martin and Oprah Winfrey and tells us how many new followers Gabby Douglas has gained since Opening Ceremonies.

With all the sports they could be talking about, I’m forced to watch ten minutes of useless demographics that make a difference to no-one.

Look, I know that the US sucks at field hockey but the rest of us think the sport is interesting enough to spend – say – ten minutes covering.  If I want to know what Lady Gaga is tweeting about the Olympics, I’ll fucking follow her on Twitter.

Olympic coverage has always been country centric.  I know there is absolutely no way to stop that.  Still, I could do with fewer “amusing” segments about Shawn White and John McEnroe learning how to fence.

This guy is on my side of the bread so please don’t think that I’m just a liberal apologist.  Liberals do really stupid shit too and this is a great example.

He goes so far as to record himself doing it and he posts it on YouTube.  The response is not what he’d hoped.  He lost his job and almost everyone who agrees with him thinks that he was a royal fucking asshole.

Look buddy – we all have jobs.  Many of us work for corporations that we don’t agree with because we like to be able to do things like pay our mortgage and buy food.  Working a drive through is a stressful and tiring job and you deal with assholes all day long.

You ruined that lady’s day because of something that wasn’t her fault.  You owe her one hell of an apology.

You also owe one to everyone who stands for marriage equality because you made all of us look like pricks.  Well done!

OK, every guy reading this, do you have even the slightest idea the kind of pressure society puts on women to look a certain way?  Do you get it?

No.  Of course you don’t.  I don’t either. How can we ever really understand that being an Olympic champion at 16 will never be enough?  She has to look right.  She has to say the right things.  She has to be more  than just the best female gymnast in the world.

Because if she does that without her hair looking right, it isn’t enough.

Nobody is talking about Michael Phelps’ hair, are they?

Holy shit dude! Do you even use any product?

So hey Gabby, let me just say this: you could shave your head and I wouldn’t care.  You are the best female gymnast in the entire world and you looked great earning the title.

And by “looked great doing it,” I mean you made really hard stuff look effortless.   Your appearance has nothing to do with that.

If anyone tells you that you should change your hairdo, you show them your gold medals and tell them that the medals don’t give a shit what your hair looks like.

But don’t let them touch the medal.  Because fuck them.

You don’t have to swear, though.  Unless you want to.  I think you’ve earned it.