I missed a couple of weeks again! I had really good excuses but never mind that. I’m going to try to hit on a few things that have come to my attention in the last few weeks. Enjoy the rapid fire journey!

South Dakota Schools Required to Display “In God We Trust”

South Dakota lawmakers, in a display of “patriotism” passed a law requiring the national motto “In God We Trust” to be prominently displayed in all public schools.

It may feel like this is a violation of the separation of church and state and no doubt that will be tested. I think it will actually stand because “In God We Trust” is actually our national motto and Donald Trump has been allowed to seat two conservative Christian white dudes on the Supreme Court.

You can argue that “In God We Trust” is a shitty national motto and far worse than the one it replaced (E Pluribus Unim or “Out of Many, One) but it doesn’t matter because it’s still the national motto. You could also argue that the word “God” could be referring to any god and not just the Christian god it clearly refers to.

Hiding behind patriotism is the dodge that really pisses me off. I mean they have to do that because if they admitted their motivation was to put God on every public school wall because Christianity just isn’t enough places in our lives already, even Brett Kavanagh and Clarence Thomas might need to stop hitting on their clerks long enough to strike the law down. But the transparency of the act is galling. Of course this is about religion.

If you wanted it to be about patriotism, you’d just pass some law about posting the bill of rights in every school.

For the record, I’d be 100% behind that one. Kids should know their rights.

When we talk about racism in America, we frequently focus on racism experienced by black and hispanic members of our society. We forget that all people of color face racism in America. Maybe a better word than “forget” would be “ignore.”

The article above tells the story of the one Asian actor in a community theater in rural Wisconsin who is cast in a production of “Mulan.” Did he get one of the leads?

Hell no. We later learn that he only received a speaking role because the actor originally offered the part turned it down.

This kid was actually expected to put on makeup to make him look more Asian.

And we can all think “that’s awful” and we should. But then we should remember how often Asian characters in film have been portrayed by white people. I’m not just talking about the horrifically offensive work Mikey Rooney did in Breakfast at Tiffany’s, either.

If you are asking yourself “well, what should this rural Wisconsin theater have done,” I think the answer is pretty simple.

They shouldn’t have produced “Mulan.” I mean what the fuck? If they wanted to produce something unintentionally offensive, they should have just produced “Carousel.”

Kentucky Governor Matt Bevin has nine kids. He exposed all of them to chicken pox when they were kids and says “they were miserable for a few days and they all turned out fine.”

Oh, and hey – their kids also have a better chance of getting shingles when they get older, which will also make them uncomfortable!

Fitting nine kids into a minivan is also uncomfortable.

Because doing something for the safety of everyone around you is something you should only do if you want to.

So what is worse than a production of “Mulan” with one Asian actor? Maybe a Production of “Porgy and Bess” with an all white cast.

The contract for “Porgy and Bess,” by the way, stipulates that the cast must be all black. The Hungarian State opera signed that contract and then proceeded to ignore it. They asked actors to sign a form indicating that they had an African-American heritage which they claimed was a “joke.”

Current leadership in Hungary is hard right and opposed to “liberalism” which, I guess, includes expecting plays about black people to have a cast made up of black people. The theater claims there aren’t enough black actors in Hungary to put on a production of “Porgy and Bess.”

The natural solution would seem to be to produce a different show!

Not “Billy Elliot,” though. They had to cancel that show last year when the right wing media complained it would “turn children gay.”

Educator Lauren Miranda was dating a co-worker and at some point she sent him a topless selfie. They were dating and they were adults so hey – whatever works for you, right?

No mention in the article is made about the former boyfriend who, it can be presumed, shared her picture with others.

And before we go blaming the victim here by saying “she’s a teacher and should have known better than to share a topless selfie with anyone,” I’m going to say “teachers are allowed to have private lives and have sex and flirt with their significant other privately and no man would ever be fired for doing this.”

Hell, as far as I can tell, a man wasn’t fired for violating her privacy. Which, if we are going to talk about being a shitty role model, is way fucking worse than flirting with your boyfriend.

My girlfriend has amazing breasts! I’ll bet my students would think so too! What’s the worst that could happen?

The school principal and school board responsible for this bullshit are, of course, making no public comment. Why should they? They are confident that they have done the right thing for their students.

I’m guessing they really just did it for themselves. Because they knew some parent was going to come storming into the office a complain that showing off your breasts in a private picture somehow makes you unqualified to teach math and they didn’t want to have that conversation. So they decided it was easier to fire the teacher.

Trump Corner: Turns out He Cheats at Golf

I’m sure that Trumps supporters figure this is just a hit job against a man who has displayed so much integrity over the course of his life (spoiler – he actually hasn’t).

Of course Donald Trump cheats at golf. As with every other part of his insufferable personality, this should come as no shock to anyone who has been aware of him since the mid eighties. Trump needs to be the star of anything he does. He needs to be better at it than anyone.

It’s one of the reasons he can’t keep cabinet members around. He expects them to listen to his idiot ideas and tell him that he’s right. They think they have a responsibility to stop him from doing stupid shit. So eventually they have to quit so he can find someone who will tell him his idiot ideas are great. Until he eventually has an idea so idiotic, they can’t nod their head vigorously enough.

Trump claims his golf handicap is lower than that of Jack Nicholaus. I assume that he also believes that had he gone into professional golf instead of business and politics, he would have won more majors than Jack Nicholaus. Since that’s a feat not even Tiger Woods has managed to achieve, I think Trump is fooling himself.

What is concerning is how he somehow manages to fool so many others.

It could be worse, though. Look at the shit going on in Hungary.

An annual fee of just under $70.00 doesn’t sound so bad. And having one source for all Disney content including Disney and Pixar films, Star Wars films, Marvel Cinematic Universe, probably a lot of original content, and more seems pretty cool.

On the other hand, this just means one more streaming service we all need to pay for rather than being able to pay for just a couple. This isn’t where it ends, this is where it begins. And Disney already won’t allow repertory movie theaters to screen their movies. This is just going to make that even less likely.

BTW Disney – you would make more money if you allowed your classic films to be screened. Don’t you want to make more money? You are launching a streaming service (that I’m going to pay for because I lack any kind of self control) so it would seem you like to make money. Do you think fewer people will pay for your streaming service if you allow Cinderella to be screened a few times a year? 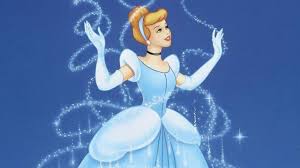 Are you concerned you won’t be able to produce merchandise fast enough to meet demand?

But I still resent it just a little bit.