I mean, he’s still an adulterer and a hypocrite but at least he realizes it.

But we all remember that he had some issues with sexuality in his youth as well, right?  And his ultra-religious parents used some sort of faith-based counseling to “fix” him, right?  It seems like he wasn’t fixed, doesn’t it?

I’m going to pray away your healthy sexual appetite!

But what if he was never broken?  I’m not talking about sexually assaulting his little sisters.  That’s fucked up.

But what I’m asking is this: if he didn’t live in a household where sexual repression is the norm, is it possible he wouldn’t be so sexually confused right now?  Is it possible he would have gotten involved with a woman who was interested in an open relationship so he could have had extra-marital sex in a supportive environment?

What will happen in the wake of this scandal?  No doubt Duggar will get more religious counseling aimed at “curing” him of having a sexual appetite that is deemed improper.  And it won’t work.

Because Josh Duggar likes sex.  And he lives in a community where that is not OK.

END_OF_DOCUMENT_TOKEN_TO_BE_REPLACED

I don’t suggest clicking on the link above.  I know very few people who would sympathize with what is written there.

As someone who tries very hard to support feminism, I see nothing of value in this woman’s rant about how men are clearly inferior to women.  They aren’t.  They are different.  In some (mostly physical) ways men have certain advantages.  In other ways they do not.  When you remove the obstacles society creates for women, men and women are mostly equal.

Except Matt Damon. Matt Damon is clearly superior to everyone. I want to be clear that his superiority has nothing to do with his gender.

The problem is people viewing this extreme point of view and calling it feminism.  As if all feminists are out there just despising men for having the misfortune to exist.

When, in truth, hardly any of them are.

Every point of view has it’s extremes.  The problem becomes people viewing the extreme position as representative of the entire position.  Feminism is about working to fix a society that is off balance.  It is not about creating a “utopia” where men don’t exist.

END_OF_DOCUMENT_TOKEN_TO_BE_REPLACED

I Know Who Julian Blanc Is

I didn’t know who this guy was until I clicked the wrong link.  Now I know all about him.

I would hope you don’t need to be a feminist to think he’s a complete sleaze bag who deserves to be maced on a regular basis.  He makes money holding seminars telling guys how to be awful to their partners.  He doesn’t respect women and he also doesn’t respect men because he thinks guys are supposed to treat women like shit because they are women. 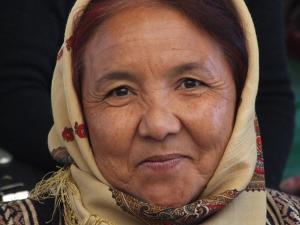 Just look at her sitting there being a woman! How dare she?

Thing is, he may not even be the asshole he pretends to be.  He just says this stuff to get lonely suckers to come to his seminars.

Then you have the guys who pay money because they want to be like the person he pretends to be.  You have to be a pretty awful human being for this kind of thing to be worth your time.

Holy shit guys, it isn’t that hard.  You want women to like you?  Be fucking nice to them.  And don’t get angry if they don’t want to have sex with you because that isn’t what they are there for.

END_OF_DOCUMENT_TOKEN_TO_BE_REPLACED

Swimwear Company Massively Photoshops a Model’s Body and Gets Caught

I think we all get that standards of attractiveness/beauty are messed up in the fashion world.  Here, you can see how much work went into taking someone who looked fine and creating a lie about her body.

What is most upsetting is the company’s apology.  In essence they used the “everybody does it” argument.  They took down the photoshopped picture but they didn’t put up the original picture to replace it.

OMG!! Look at her fail to sell swimwear because she’s not thin enough!!!!

Then they admitted that they made the changes to sell a product.

Well that’s honest, I guess.  What they fail to recognize is the product they are selling when they do something like that.

They are no longer selling swimwear.  They are selling body image.  They are telling young women who look like Meghan Kausman that they aren’t thin enough to wear this product.  Their apology indicates that they are completely OK with that.

I know (and I hope most of us do) that advertising is inherently dishonest.  Fruit Loops have never been a healthy addition to a balanced breakfast.  Pick up trucks don’t have great gas mileage.  Ever.

Things are getting out of hand, though, when a size 8 is too fat to sell a swimsuit.

END_OF_DOCUMENT_TOKEN_TO_BE_REPLACED

I am a White Male and I Cannot be Silenced

It sounds really stupid when I say that I can’t be silenced, doesn’t it?

I mean, here I am writing a blog entry and I get to say whatever the fuck I want.  Nobody is telling me to shut up because I’m a white guy.  Nobody seems to think that I haven’t a right to speak my mind.  It’s really fucking easy for me to have my say any time I like.

I bring this up because I’ve been reading a lot about a welcome address given at the Women in Secularism conference just over a week ago.  The address got on the nerves of a lot of attendees because the speaker, a white male, chose to use part of his speech to admonish the women in attendance for perhaps taking feminism too far.

Now the fact he is a white male should not be the big issue here as he is the CEO of the Center for Inquiry and they did sponsor the event.  Having him open the conference does seem somewhat appropriate.

END_OF_DOCUMENT_TOKEN_TO_BE_REPLACED

Some Stuff for Guys to Think About

Hey guys – this post is for you.  I know that some of us atheist guys don’t know what to think about the feminist movement in atheism right now.  Some of us might feel a little bit threatened by it.  Being a guy, I think I have a pretty good idea where you are coming from.

Ladies, I’m afraid this isn’t for you.  I’m going to be talking about guy stuff.  I don’t want you to feel excluded, though.  You are totally welcome to read if you want.

But this is really something that I need to share with my boyfriends out there.  We’ll be talking about football and swimsuit models and stuff.  You probably wouldn’t be interested.

Are the ladies gone?  I’m pretty sure I just passive aggressively got rid of them…

END_OF_DOCUMENT_TOKEN_TO_BE_REPLACED

I’m an atheist.  We all know that.  When it comes to activism and atheism, I’m on the fringes.  I consider myself a comedian and because of that, I take what is going on in the atheist movement just seriously enough to joke about it.

Because what is going on right now is pretty serious and, to my way of thinking, you need to be able to joke about it just to get past all of the vitriol.