There is a New Division for Health and Human Services

This happened in January so excuse my tardiness.

The new division is the “Conscience and Religious Freedom Division” and it has been put in place to help health care providers avoid consequences for failing to treat people with whom they have fundamental religious disagreements. Like – say – gay people.

The division is, ironically, part of the Office for Civil Rights and when the new division was announced, director Roger Severino said, in part:

No, Roger, they shouldn’t be forced to make that decision. So if they want to be a pharmacist but don’t want to fill prescriptions for birth control, they should be encouraged to find a job where being a judgmental prick doesn’t make it hard to do what they were hired to do.

Working here, for example, wouldn’t be any kind of problem.

Welcome to the religious freedom crusade. It is the right wing Christianity tantrum that has been started in the wake of legalized same sex marriage. Those who want to push their own moral code on others have been told they don’t get to do that on a grand scale so they figure they would like to make it personal.

Sure, you two gentlemen can get married. But that doesn’t mean I have to like it and to prove it, I’m going to refuse to treat one of you. Or refuse to sell you a wedding cake. Or refuse to give you CPR. And I want to be protected because GOD.

END_OF_DOCUMENT_TOKEN_TO_BE_REPLACED 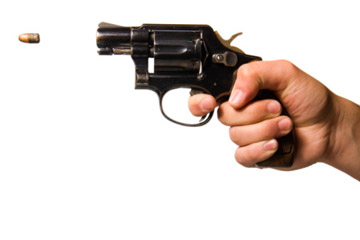 END_OF_DOCUMENT_TOKEN_TO_BE_REPLACED

I think it is universally understood that women are never supposed to be naked in public.  Breast feeding is the sort of thing that should be done in private and goodness knows you should never feature the bare ass of a woman on a poster being displayed where children might see it.

The bare ass of a little cartoon girl, however, is completely OK!

It seems to me that our threshold for what is pornographic is beginning to creep into the “any part of a woman’s body that is not her forearms or knees” territory.

Parents sure are concerned about what their kids might think about sex.  Having kids myself, this concern seems so completely baffling.  When my kids were young, they would probably have giggled at naked butts because they thought the word “butt” was funny.  Then they would have made fart jokes.

END_OF_DOCUMENT_TOKEN_TO_BE_REPLACED

Let’s see if I can make this funny…

I was poking around CNN this morning and I came across this article in which Vince Vaughn outlined his opinions on guns.  He likes them.  A lot.

Now I’m on record as not being a big fan of guns.  I don’t like them in much the way that Vince Vaugh likes them a lot.

I don’t like that we seem to have a love affair with guns in this country.  It feels a little bit creepy.  We wrap our adoration with guns up in a whole bunch of contrived excuses but I think we mostly just like guns a lot.

I may not be a fan of guns but I understand that the second amendment gives us a right to bear arms. I’m not questioning Vince Vaughn’s right to carry a gun any more than he should question my right to not carry one.  Since I’ve clearly stated that I don’t want Vince’s guns, let’s get down to my issue.

In his steadfast opinion that we’d all be a lot more safe if everyone carried guns, Vaughn makes the following statement about banning guns:

Um…ok.  That’s a cute analogy that was probably pulled right of an NRA brochure but it really isn’t the same thing at all.  See, people don’t need a fork to get fat.  In fact, they can down a few bags of Cheetos without any utensils at all.

Maybe that’s what Vaughn means.  If people don’t have guns to kill people, they will just use a different tool.  Just as a gluten sensitive overweight person will use their hands to eat Cheetos if a fork isn’t legal, so too will a crazed lunatic use a knife if a gun isn’t legal.

The difference being that a fat person can eat a lot more Cheetos with their hands but a crazy person can’t kill as many people as quickly with a knife. 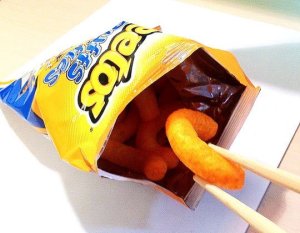 Who needs a fork anyway? You can eat Cheetos with chopsticks!

The basic argument that we should arm school teachers to prevent school shootings sounds logical until we consider that instead of one shooter, we now have multiple shooters.  No matter the intent of all those people with guns, the fact is there are more bullets flying around and it really seems like that is a recipe for more people getting hurt.

But what if it isn’t?  What if the single best idea for safer schools is an arsenal in every classroom?

Even if allowing teachers to carry guns is a great idea (until a teacher goes crazy and starts shooting up their school – but that would never happen because teachers never go crazy), I don’t honestly think Vaughn or people like him want their guns because of school shootings.

Earlier in the article, Vaughn says this:

We have the right to bear arms to resist the supreme power of a corrupt and abusive government.

A-ha!  The problem isn’t really school shootings, it is our right to rise up and resist the government!

First off, Vince, if we are going to rise up and resist the corrupt government, I think you should have a look at one of these:

If our government really wants to put you down, Vince, your guns won’t be able to stop them.  You know that, right?

I know that someone will bring up Waco as an example of the government oppressing people with guns and yes, that was a tragedy.  Let’s keep in mind that the people following David Koresh were also crazy.

In fact, most abuses of government power are police officers shooting unarmed people who are, frequently, black men.  So how do you think the scales will be tipped if those black men were all given guns?  It’s their constitutional right!

My hunch is nobody would be talking about Martin as a champion of the right to bear arms.

What if we armed everyone at the protests in Ferguson last year?  Would that have prevented deadly violence?  And if a bunch of police, who are representatives of an “oppressive government,” got killed, would we all be talking about how those brave protestors were “taking back our country?”

Honestly, I question how oppressed movie star Vince Vaughn is anyway.  I mean, when he talks oppression, I’m assuming he means taxes.

Because he can definitely say anything he wants.  He can go virtually anywhere he wants.  I guess one could argue being prevented from entering certain rooms in the Pentagon due to national security issues is oppression but how often do movie stars need to do that?

Vince and I can both agree there are things we’d prefer our government didn’t do.  We might disagree on what those are but I just don’t feel the boot of the government on my neck.  In fact, most Americans don’t.  Most Americans spend most of their lives barely dealing with the government.

So I have to assume he is talking about taxes.

Taxes suck.  I’d love it if they were lower.  We could lower them a ton by slashing the military budget in this country.  It would result in fewer tanks, which would make resistance a little bit easier.

All of this is ridiculous.

That’s my point.  The pro gun stance is nothing more than a bunch of people who really like guns trying to make excuses for why they like those guns.

People in most third world countries would laugh at the concept that our government is oppressive.  You want to understand oppression?  Here’s another picture of a tank.

So stop with the paranoid rhetoric about how we have to be prepared to resist a government that forces us to drive sober and stop at red lights.

Go to the range and shoot your guns.  Have fun!  And stop making excuses.

I really have to stay away from Man boobz because it just makes me want to apologize to every woman I meet for the fact that some guys are such insufferable pricks.

In the wake of a historic decision to allow women to serve combat duty, the folks over at A Voice For Men (no link provided because Fuck them) figure that it only works if women die as often as men.  It’s only fair, apparently, that we talk about the casualty rate of women and apparently it isn’t “fair” until enough women are killed or wounded in combat.

They also seriously say men will face a higher risk of being killed in combat because they had to fetch a tampon for a female compatriot.

THIS could kill more soldiers than land mines!!!!

Fuck you!  You don’t think women in combat can be responsible for their own bodies?  They have been serving on combat missions for years now and I haven’t heard of any male soldiers who have died in the line of tampon duty.

You know why?  Because women can take care of themselves!

I realize some guys are pissed when they learn the unfortunate truth that women are capable of doing stuff for themselves. The rest of us (the rational people) realize that they have no right to be pissed at women because they are assholes.