So last week Delta and Bank of America withdrew financial support from the Public Theater because their production of Julius Caesar by William Shakespeare drew inspiration from politics of the day.  As the article I linked to states, this interpretation isn’t new.

In fact, the Guthrie did an Obama themed version of the play five years ago.  Outrage generated: zero.

What pisses me off here is the fact all these pissed off people apparently haven’t actually read the play.  Or if they read it, they didn’t understand it.

And I get that.  Shakepearean language can be challenging. 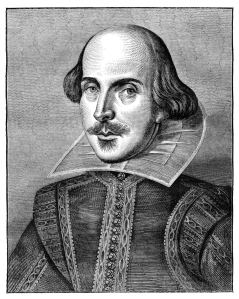 So here’s the thing: Julius Caesar is not a play about how awesome it is to assassinate political leaders.  The assassins in the play all end up dead!

To pitch a fit because the subject of the assassination is kind of like Donald Trump is missing the point.

But further, what the hell has happened to our country that our President is off limits completely? We can make jokes about him but heaven forfend we depict him as the subject of an assassination attempt.  We can only do that with fictional Presidents?

If the concern is that we’ll give people ideas, I’m sorry to say that they already have those ideas.

The events of this week already prove that.

Speaking of People Freaking Out Over Something That Isn’t Real

The creator of “The Goldbergs”, Adam F. Goldberg (super original name for your show Adam), tweeted out a harsh critique of President Skroob from Spaceballs.

My God, the President is completely and utterly broken! I can’t tell you how disappointed I am. This isn’t fixable, is it? #Skroob pic.twitter.com/93e9iHYJBb

Note if you will the hashtag and also the picture of Dark Helmet (not President Skroob) and the can of Perri-air indicating this is a joke about a fictional President from a movie.  And hey, I get that you haven’t heard of Spaceballs, oh Trump supporting masses who also used to like “The Goldbergs.”

At least I get it now because the Trumptwittersphere lost their shit.  They freaked out because Goldberg was being critical of the President (which is legal even if he wasn’t talking about a fictional character).

I mean, so is Donald Trump so I can see how they got mixed up…

We all saw this one coming, right?  We all knew that the first Marvel Cinematic Universe film featuring a predominantly black cast with a black director would be immediately condemned as some sort of liberal conspiracy.  Same as the conspiracy that brought us a movie about Wonder Woman featuring a woman in the lead.

I mean what the fuck were they thinking?

The alt-right response (fuck them – the Nazi response) is to freak out about how militant the movie looks because it features a super hero beating people up with his hands. 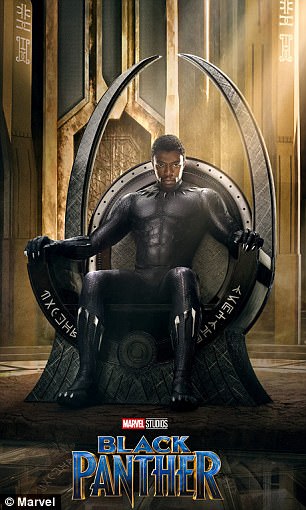 Militant sitting on a throne

That’s the difference between “militant” and “super hero” to a sub-set of humanity that, I really feel, need to be punched in the face (I’m on the record as pro Nazi punching). 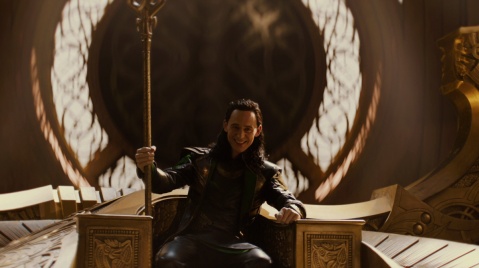 Non militant sitting on a throne. See the difference?

I mean seriously, if you think Iron Man is the greatest and you think Black Panther is a militant, you are racist. I know that the one thing racists really hate to be called is racist and so we are supposed to come up with a different word to help them understand they are racists without actually saying “stop being such a racist you racist fuck.”

I don’t have a different word.  That shit is racist.

Black Panther is going to be a movie about a Super Hero who is black.  Honestly, it looks badass.

And seriously – the far right should consider this a victory.  I mean, we have a Marvel movie with a black lead before we have one with a woman.  That has to count for something, right?

A White Guy is Finally Labelled a Terrorist

When James Hodgkinson opened fire on a Republican baseball practice this week, he was a solo white shooter who we would typically identify as a lone wolf. Because terrorists are Muslims.  White guys are lone wolves.

Looking at the right wing, however, we find that they have opted to refer to Hodgekinson as a terrorist.  It is not, oddly enough, the label they used for the man who shot Congresswoman Gabrielle Giffords in 2011.

Now I could be making all of this up but is it possible that the victim defined whether or not the perpetrator was identified as a “terrorist?”

What Hodgkinson did is horrible.  There is no excuse for it.  I shouldn’t have to say that but if I don’t specifically condemn his actions, it will be immediately assumed that I condone them.  You gotta be clear.

Shooting up a baseball game is not OK. 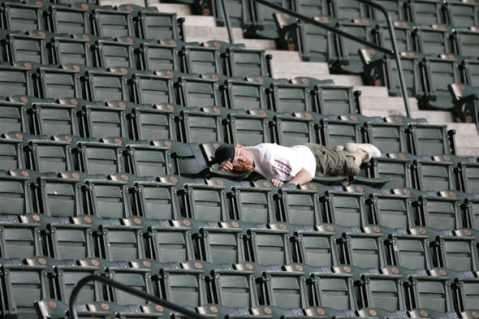 No matter how boring the game is.

Shooting a congressperson of either party is not OK.

Shooting a bunch of unarmed people because you are upset about something they didn’t do is not OK.

The rhetoric around this week’s attack is, understandably, not about guns.

I say it isn’t about guns because a Republican was shot and the Republican party is pro-gun.  So the conversation has to be deflected from gun control.

So the right wing take on this is that the shooter was motivated by all the hateful rhetoric from the left.

Were that true, I have no idea how we have any surviving Democratic politicians.  All you have to do is look at Donald Trump’s twitter feed to see how the “leader” of their party keeps the political rhetoric “respectful.”

Sean Hannity tweeted “When Democrats continue to demonize Republicans…the climate around the country gets more than toxic.”

Hannity has said worse, of course, but that’s not the point.

The point is that political discourse has been toxic for decades.  It isn’t new.  Whatever the right thinks the left has been saying to encourage the act of one man with issues is, as usual, a deflection.

Yeah, OK.  I know I didn’t see all the evidence.  I know he was acquitted by a jury of his peers. I know there were two people of color on the Jury.  I know most cops who kill innocent people don’t even go to trial so, somehow, this was better than nothing.

I even know that there was almost no way Yanez could have been convicted because all he had to say was that he believed his life was in danger.  If he could sound convincing saying that, I don’t see how a jury could return anything but a not guilty verdict.  Reasonable doubt can be a bitch.

And yet the end result of this trial is that Philado Castile really died for no reason.  He has been found guilty of failing to properly inform a police officer that he had a firearm.  Oh yeah, he told the officer he had a firearm.  But he did it wrong. 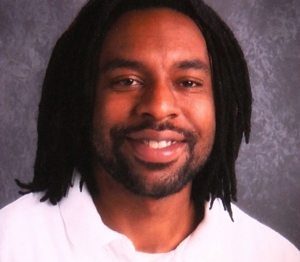 He did it wrong because he looked like this.

So now the only blood on anyone’s hands is Philando Castile’s on his own.

The people who have been defending Yanez all along are vindicated.  And Philado Castile is still dead.

And I’m sorry but there isn’t any reality in which that is OK.

There was never a reality where Castile received justice.  Never.

Philando Castile was shot less than a mile from my house.  There are fresh flowers there every day although there have been fewer recently.

Eventually, that unofficial shrine will be gone.  And Philando Castile will still be dead.  And Jeronimo Yanez will probably still be a cop somewhere.

And it will be like none of this ever happened.