I almost didn’t write a post this week.  I mean, I knew this was the big story and I was going to have to talk about it because it pissed me the hell right off.

As many liberals have pointed out, you can’t say that Roy Moore is a pedophile (he is) and Donald Trump is a sexual predator (he is) without also acknowledging that Franken’s behavior (which he has admitted) is also unacceptable.

You can’t be that hypocrite on the left.

If you are on the right, you can totally be that hypocrite (as our hypocrite in chief quickly displayed).  On the left, we accept that if we are going to go after right wing predators (like our President), we can’t just ignore when our heroes do the same shit.

So fuck Al Franken for doing what he did. Fuck him for being the same as so many other guys out there.

But like so many other men, he didn’t understand what that really meant.

He was joking around. Yeah, I believe that. It is no excuse. To his credit, he admitted that.

And that gets me to the next problem with all of this. Franken apologized. Of course his apology wasn’t good enough but here’s what I’m really starting to wonder – will any apology ever be good enough?  And if it is impossible to apologize properly, why should anyone guilty of this kind of behavior admit it?

In Franken’s case, did he only admit it because there was a picture?

I mean, I fear we will reach a point where the proper apology is dictated word for word and if we all know exactly what must be said for an apology to be acceptable, how can we ever know if that apology is sincere?

Franken tried to issue a sincere apology. I really believe that. But he still, in the eyes of many, failed.

So shit. Where does that leave us?

One thing in his apology stood out to me and to others. It was the point at which he said he remembered the incident (the one before the horrible picture) differently than the victim.

He probably shouldn’t have said that.

But then again, he really should have said that. But this needs to go further.

Because the point is, he does remember it differently.  As does almost every man who has engaged in this kind of harassment. And it isn’t just because they don’t realize what they are doing is harassment.

He remembers it differently because the exchange, to him, wasn’t particularly notable. It was a moment in his life when he was working with someone else and did something.

What gets missed is how those interactions seem perfectly normal to the man involved in them and the woman involved is left to think about it for the rest of her life. So of course she remembers it differently. Because to her, it was important. It was painful. It was traumatizing.

And to him, it was just a thing that happened. 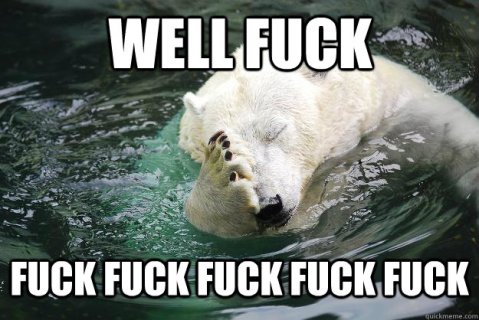 I’m not saying this to excuse Franken or any other man accused of harassment. I’m saying this to point out that the problem is bigger than him. The problem is that this behavior is normal to men.  We don’t think twice about it unless we are confronted about how it was wrong.

When I read Franken’s apology, I believe that he was trying to say that. He needed to say it better. And maybe there is a chance he’ll be the guy to deliver that message to the rest of us guys who need to hear it.

But probably not. Because we’re going to chuck him into the dumpster since we can’t be hypocrites.

In the meantime, Roy Moore will probably be elected.

Why? Because he didn’t admit anything and he is defiant in the face of the accusations. And if you deny you did anything wrong (fucking Trump), you get a pass. Especially if you are on the right. Because the narrative the right has crafted is that the press has a liberal bias.

So I’m pissed about all of this.

I’m pissed at Franken because what he did is horrible.

I’m pissed because he was never going to be able to apologize well enough but for fuck’s sake, he tried.

I’m pissed because assholes on the right who are guilty of far worse don’t seem to suffer any consequences for their behavior.

I’m pissed at people who say that what Franken did is as bad as Moore or Trump because it fucking isn’t. There is a spectrum to these things and while none of it is OK, touching a fourteen year old and using your position of power to walk into a room where women are changing clothes are worse.  It is possible to say that none of this is OK and still say that some of it is worse.

I’m pissed because even if Franken doesn’t resign, he can’t ever run again. And even with that shit show of a picture, he did a lot of work to benefit women while in office. I hope to hell the Democrats run a woman for that seat in 2020. Because you sure as fuck know the Republicans will.

I’m pissed that as a white guy, my opinion doesn’t matter on this issue. And it shouldn’t. I need to shut up and listen. But fuck – I really have a lot of things to say about this. And I’ve barely said any of them.

I’m pissed because I knew that the atmosphere we are in now that is correctly shining a light on harassment was inevitably going to shine a light on someone who I really admired and why the fuck did it have to be Al Franken?

I’m pissed because he will no longer be a Senator soon and our President, who is a sexual predator, will still be President.

Tags: Al Franken, Donald Trump, Roy Moore, Shit that PIssed Me Off, What the Fuck