A Totally Insane Video By a Gamergater

Brianna Wu is a frequent target of Gamergate supporters because she, rightly, thinks they are idiots. They have countered with death threats because that’s proven to be the most effective way to fight for ethics in game journalism.

This kook had an accident because he was driving too fast in slippery conditions.  Somehow, he seems to think that Wu had something to do with the fact that he can’t drive and has decided that she tried to kill him.

Because he seems like a really important guy.  The kind of guy who it would be important to kill by magically summoning up an ice storm and making him forget how to drive.

Or maybe Wu was his driving instructor and she did a really shitty job.

This video is made by a crazy person and the only thing that bothers me more than the crazy person is the ones that take him seriously.

END_OF_DOCUMENT_TOKEN_TO_BE_REPLACED

In case you were wondering if “ecclesiastical” could refer to anyone who wasn’t a Christian, it can’t.

This bill, most likely, has no chance of becoming law so it isn’t really worth a lot of bile.

And yet we see the ugliness in the desire to prevent gay people from entering into a legally binding marriage.  Not only would this bill prevent homosexuals from being married unless they could find a supportive Christian minister, it would prevent Muslims, Jews, atheists and every other group from legal marriage.

Before I say the homily, I just wanted to welcome all the same-sex, atheist, Jewish and Hindu couples who have suddenly converted to Catholicism.

He’s willing to discriminate against everyone to make sure gays can’t get married.

But don’t call him a homophobe because that’s offensive.

END_OF_DOCUMENT_TOKEN_TO_BE_REPLACED

I admit I didn’t watch the whole thing because at some point it was just embarrassing.  I was watching Rocky beat the crap out of Gilligan.

If Gilligan were a misogynistic asshole.  So let’s just say I don’t feel sorry for Gilligan.

For one thing, Gilligan never really rocked that hat.

Why Kluwe decided to devote 90 minutes to this guy and his legion of whiny jackasses, who honestly believe that if they click their heels together while saying “ethics in game journalism” enough times they can make it true, is a question only he can answer.

I would hope it isn’t because he thought he could get through to this guy, who seemed more interested in improper definitions of the word “cult” than he was in making a cogent point.  If he was doing it to help make this guy look like more of an idiot, his mission was accomplished.

Aw fuck.  I looked at the comments.  Fuck this.

END_OF_DOCUMENT_TOKEN_TO_BE_REPLACED

This letter to Dear Prudence has to be a joke, right?  I mean there probably are people who are this awful but most of them wouldn’t say it out loud, right?

Sadly, I expect this lady is real and she resents “poor” people coming to her house for the good candy.  And by “poor,” I expect she means middle class suburban folks and not a bunch of unwashed inner city kids who aren’t worthy to sell her kids a hamburger at McDonald’s.

Her good candy is for the rich little boys and girls!  Why is that so hard for the other 99% to understand?  If they get full-sized Kit-Kat bars on Halloween instead of the fun size that they deserve, they will start expecting rich people to provide them everything!  Isn’t it enough that they are job providers?

Get the fun sized candy bars, Howard! The poor kids are coming!

Holy shit, lady.  If you have to hand out an extra hundred candy bars, are you suddenly going to miss a Porsche payment?  Will your underprivileged children be unable to join you in Rome for Christmas?  If you have such a problem giving to people who make less than you, just turn off your light so the kids from the rich families that aren’t as rich as yours don’t come to your house either.

I wish this lady had included her home address so everyone could go to her house this Halloween.  We should all give her a fucking candy bar.  Only the fun size though.  We can’t afford the good stuff.

END_OF_DOCUMENT_TOKEN_TO_BE_REPLACED

Felicia Day Speaks Up About GamerGate and is Almost Immediately Doxxed

For those unfamiliar with the term, doxxing is when people take personal information (like home address and private e-mail accounts) and share them with everyone on the internet.  The intent is to encourage others to harass the individual in question either online or in person.

Because people are assholes.

Chris Kluwe wrote a profanity ridden rant against GamerGaters earlier in the week.  Was his contact information splashed all over the internet?  Of course not.

What is interesting about the Gamergate phenomenon is that they claim this issue is not about women in gaming and yet when women speak up, they suffer harassment almost immediately.  I’m not saying Kluwe didn’t get called names.  He probably did.

The difference, though, is Kluwe (and Wil Wheton) were called names.  Day had her personal information tweeted out within an hour. 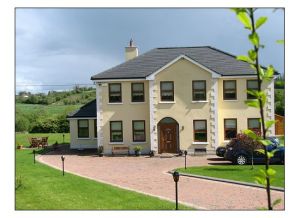 This is not Felicia Day’s house. Or Chris Kluwe’s. Because where they live is none of your damn business.

Now I’m fairly certain a brief internet search could have yielded her home address.  That information may be private but it is hard to protect.  Her personal e-mail would take a little more digging but probably isn’t too hard to get.  Privacy is an illusion the internet is rapidly dispelling.

None of that changes the fact doxxing is an asshole move.  The only purpose is to harass the victim rather than engage in civil discourse.

GamerGate is not about ethics.  It is about being pissy because female gamers (and their allies) would like a few games for themselves. It also has an unoriginal and stupid name.

END_OF_DOCUMENT_TOKEN_TO_BE_REPLACED

The problem is that there is a dialogue focused on whether or not Lawrence (and other celebrities) are to blame for the theft of their personal pictures.

Well let’s stop and think about this for a mom…NO!

I am writing this blog post on a laptop computer that is valuable.  Now you, the reader, know I have a laptop computer you could sell for money.  If you came over to my house, broke in and stole my computer would it be my fault because I made you aware that I owned it?

NO! That’s what we call theft!  There are all sorts of laws about that shit.

Theft is a crime.  Owning things people want to steal is not.

END_OF_DOCUMENT_TOKEN_TO_BE_REPLACED

He didn’t just threaten to kill someone.  He did it while holding a loaded shotgun.

He admitted he did so to police.  He even said he probably should have fired.

At issue is not the question of whether or not people have the right to own guns.  The issue is why people feel that casually producing a gun and pointing it at someone in the street is an acceptable act. This guy is a loon but his action is, I think, part of a greater movement that troubles me.

When people openly carry semi-automatic weapons into Target because they feel it is their right, we have a problem.  This isn’t about the right to bear arms any longer.  It is about the right to not have someone point a gun at you when you are shopping for produce.

I told you to get away from that lettuce!

I feel that if I like a different kind of Pop Tarts than you, I shouldn’t be concerned that we are going to need to have a showdown in frozen foods to settle the problem.

END_OF_DOCUMENT_TOKEN_TO_BE_REPLACED

Pixar is Finally Making The Incredibles 2!

Yes, I know this is, in fact, completely awesome news.  So why am I annoyed?

Because apparently nobody noticed the other movie that was announced.  That would be Cars 3.

Look, I’m as big a fan of Pixar as anyone but are we not concerned that they are making a sequel to the film that is arguably their worst movie to date?  I know that the Cars franchise has made Disney and Pixar countless millions in merchandise and that is why a third film was inevitable.

Make no mistake. This is why they are making another Cars movie.

But can I be a little upset that all Pixar is producing these days is sequels?  I want more movies like Up and WALL-E.  It’s great that Pixar has found ways to mine the existing universes they have created and I’ve been waiting for a sequel to The Incredibles for a long time.

How about a sequel every other year, Pixar?  How about that?

END_OF_DOCUMENT_TOKEN_TO_BE_REPLACED

While it seems probable that Trayvon Martin did attack Zimmerman, it also seems clear that Zimmerman would not have been in a position to be attacked if he’d followed directions and stayed in his car.  He didn’t and a teenaged boy is dead.

In the end, nobody learned anything.  Zimmerman feels like his actions have been vindicated.  In fact, he feels like killing Martin was part of God’s plan. A belief that won’t be shaken given the verdict. Trayvon Martin can learn nothing ever again because he’s still dead.

Or – since it was all part of god’s plan – maybe he’s burning in hell and learning a lot. Too bad it won’t do him any good. Ha ha!

Is Zimmerman guilty of murder?  Apparently not.  I still believe that what he did was wrong.  And it exposed something ugly about our country that a lot of us would rather ignore. Like the fact Zimmerman can go free while a black woman can spend 20 years in jail for firing two warning shots so her abusive husband would stay away from her.

Sadly enough, after the uproar about this verdict dies down, we’ll just go back to ignoring it.

END_OF_DOCUMENT_TOKEN_TO_BE_REPLACED

Robert F. Kennedy, Jr. is Off the Rails

Kennedy has long been an Anti-Vaccine crusader and I dislike the anti-vaxx movement with only slightly less zeal than the creationist movement.

I have two children on the autism spectrum. They were both vaccinated and I know two things:

1)  Vaccinating my kids did not make them autistic

2)  Even if it did (and it didn’t), I would rather have autistic children than children with Smallpox or Polio

You think this guy was happy he wasn’t vaccinated?

Kennedy and others like him have been pushing misinformation and, as this article proves, they are willing to name names.  They people they name, however, never actually said what they are claimed to have said.  Nor do the studies they cite actually say what they claim those studies say.

So all he is doing is engaging in character of assassination.

I get that big pharma is theoretically evil but here’s the thing – vaccines are not.  Yes, pharmaceutical companies make money off vaccines.  I guess that’s a price I’m willing to pay to ensure that my kids don’t get the measles.

Claiming vaccines cause autism is to make the claim that you understand a shitload more about autism than all the folks out there researching the condition.

And in the meantime, making people afraid of vaccines is contributing to the rise of diseases we thought had been eradicated.  That’s what I call a lose-lose.